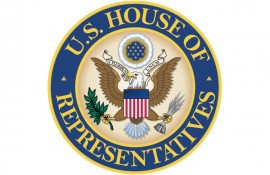 The House of Representatives Committee on Foreign Affairs (known as the Committee on International Relations from 1995 until 2007) traces its origins to November 29, 1775, when the Continental Congress created a committee, by resolution "for the sole purposes of corresponding with our friends of Great Britain, Ireland, and other parts of the world." Chosen for this Committee were Benjamin Franklin—who served as chairman and guiding spirit—Benjamin Harrison, Thomas Johnson, Jr., John Dickinson, and John Jay. Originally known as the Committee of Correspondence, then as the Committee of Secret Correspondence, it was the first institution created to represent the United States in the foreign affairs field. The House of Representatives Committee on Foreign Affairs (as well as the Senate Foreign Relations Committee) is a lineal descendant of the Committee of Correspondence. Under Benjamin Franklin's leadership, the Committee quickly entered into communication with various persons in Europe for the purpose of ascertaining sentiment there toward the Colonies and obtaining any other information which might be useful in the struggle with England, even designating its own secret agents abroad.
Follow Organization
Website